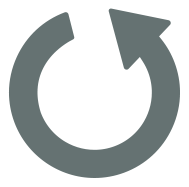 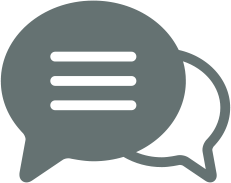 Emtrix Fungal Nail Treatment is an innovative solution to remove toenail fungi, onychomycosis and nail psoriasis. It is clinically proven to soften and hydrate the nail plate which allows the extra strength antifungal and nail nourishing properties to penetrate into the nail and perform to their best.

Its formulation is based on a combination of Propylene Glycol, Urea, Glycerol and Lactic Acid. The uniquely patented antifungal formulation shows visible improvements to discoloured and thick toenails in just 1 week.

Emtrix has a keratolytic effect ( gentle peeling ). Emtrix increases hydration gently smooths the damaged layer on the nail and reduces discoloration, with a healthier-looking appearance of the toenails or fingernails in just 1 week.

Emtrix changes the nail’s microenvironment, so the fungus can no longer survive. It improves nail surface integrity and is clinically proven to have a physical antifungal effect that degrades the cells of the fungi which typically cause onychomycosis (fungal nail infections).

Binds Moisture into the Nail

A common reason for the nail becoming unsightly and deformed is that it is too dry. Emtrix increases hydration and, by binding moisture into the nail, creates a stronger and healthier nail surface.


Emtrix is easy to use and there is no need to file the nail as part of the treatment. Emtrix is applied once a day to the discoloured/deformed nail. For Emtrix to work better, it is a good idea to make the treatment a routine at bedtime.


Hold the point of the tube onto the nail and press lightly.
Apply a thin layer over the entire nail surface, including under the free edge of the nail.
Leave to dry for a few minutes.


Duration of treatment varies according to the initial severity of the condition and the extent of the nail’s discolouration/damage. It normally requires at least 3-6 months’ treatment to achieve a significant improvement, but visible results can often be seen after only 2-4 weeks. For optimal result, the treatment should be continued until a normal nail has grown out.


Store between 2° and 25°C. Protect from sunlight and freezing.

For external use only. Avoid contact with eyes or mucous membranes. Do not use if you are allergic to any of the ingredients. Keep out of reach of children.

Nail fungus is a common problem that increases
as you age. Diagnosis is made by a doctor with the help of
culture or microscopy and many people have nail fungus without
knowing it. The condition, which is contagious, starts in one
nail and gradually spreads to more nails. It is usually the nails
on the feet that are affected but fungus on fingernails can also
occur. Nail fungus thrives best in warm, damp environments.
Visiting places where people gather, such as swimming pools,
public showers and changing rooms, can involve a risk of
infection. Warm and tight shoes also help the fungus to thrive.
Nail fungus is, therefore, very common among sportsmen with as
many as 8 out of 10 being affected.

Nail Fungus Symptoms
The fungus grows slowly and often displays slight symptoms to
begin with. Nail fungus is characterised by the nails’
layers becoming ridged and brittle. The nail gradually becomes
discoloured, thickened and cracks or flakes off. The infected
nail can fall off if it is not treated. Nail fungus can, in
certain cases, be painful.

Nail Psoriasis
Psoriasis can occur on several parts of the body. Around 80 % of
all those with psoriasis also have nail problems (nail
psoriasis). The most common nail changes are discolouration and
small holes/pits in the nail. The nails can also thicken and
loosen from the nail bed. Occasionally, it can be difficult to
ascertain whether these nail changes are caused by psoriasis or
by, e.g., nail fungus.

Emtrix is a topical treatment for nails affected by fungal nail infection or psoriasis. Emtrix smooths out the nail surface and binds moisture into the nail.

Fungus and bacteria attacks are countered through the nail’s microenvironment being altered, the nail surface strengthened and fungi that typically cause fungal nail infection being degraded.

How do I use Emtrix?

With Emtrix you can treat nails affected by fungal infection or psoriasis easily, without the need to file the nail. Apply Emtrix once daily to affected nails preferably in the evening just before bed time. Hold the point of the tube onto the nail. Press lightly on the tube and spread the solution wit the point. Cover each nail with a thin layer of the solution. It is important that the solution is also applied under the free edge of any affected nails. After application, the nail should be allowed to dry out for a few minutes.

How long must I use Emtrix in order to see results?

Emtrix gives you healthier looking nails after only 1 – 2 weeks but the total treatment period is determined by the degree of severity and the extent of the nail’s discolouration or damage. Normally at least 3 – 6 months’ of treatment is required to achieve a significant improvement, For best results, the treatment should be continued until a normal nail has grown out.

Can I treat with Emtrix without being certain that it is nail fungus?

Treatment with Emtrix does not require a doctor’s diagnosis and can be bought without prescription. Through its keratolytic and hydrating effect Emtrix improves the nail’s appearance even the discolouration or deformation when due to causes other than nail fungus, for example, psoriasis. If the nail is affected by a fungal infection, Emtrix changes the nail’s microenvironment so that the nail fungus no longer can thrive and degrades the cells of fungi.

Does Emtrix contain any ingredients or by-products of animal origin?

There are no ingredients or by-products of animal origin in Emtrix.

Can Emtrix be used on Children?

As for many other products, there is limited experience regarding use on children. Since no Emtrix studies on children have been conducted, we recommend consulting your doctor first.

Can Emtrix be used with pregnant or breastfeeding?

Yes, Emtrix only works locally and does not enter the blood stream.

How long does a tube of Emtrix last?

It depends on how many nails that are infected, and the severity of infection, but in general the tube lasts for approximately 3 months when treating 3 nails.

We use cookies to ensure that we give you the best experience on our website. If you continue to use this site we will assume that you are happy with it.OK